Getting married in Saint-Gilles

Did you know that until the end of the 19th century, weddings happened on Parvis de Saint-Gilles? But that townhall soon became too small, so a new one was built on Place Maurice Van Meenen. Although there is a lot to say about its impressive architecture,  that’s probably not what you’re here for. More about that below, first we’ll go over some essential information for those who plan to get married in Saint-Gilles.

As described on the official website of Saint-Gilles, first you need to make an appointment by calling them on 025 36 17 21.

The price varies a lot depending on the day you choose to get married: 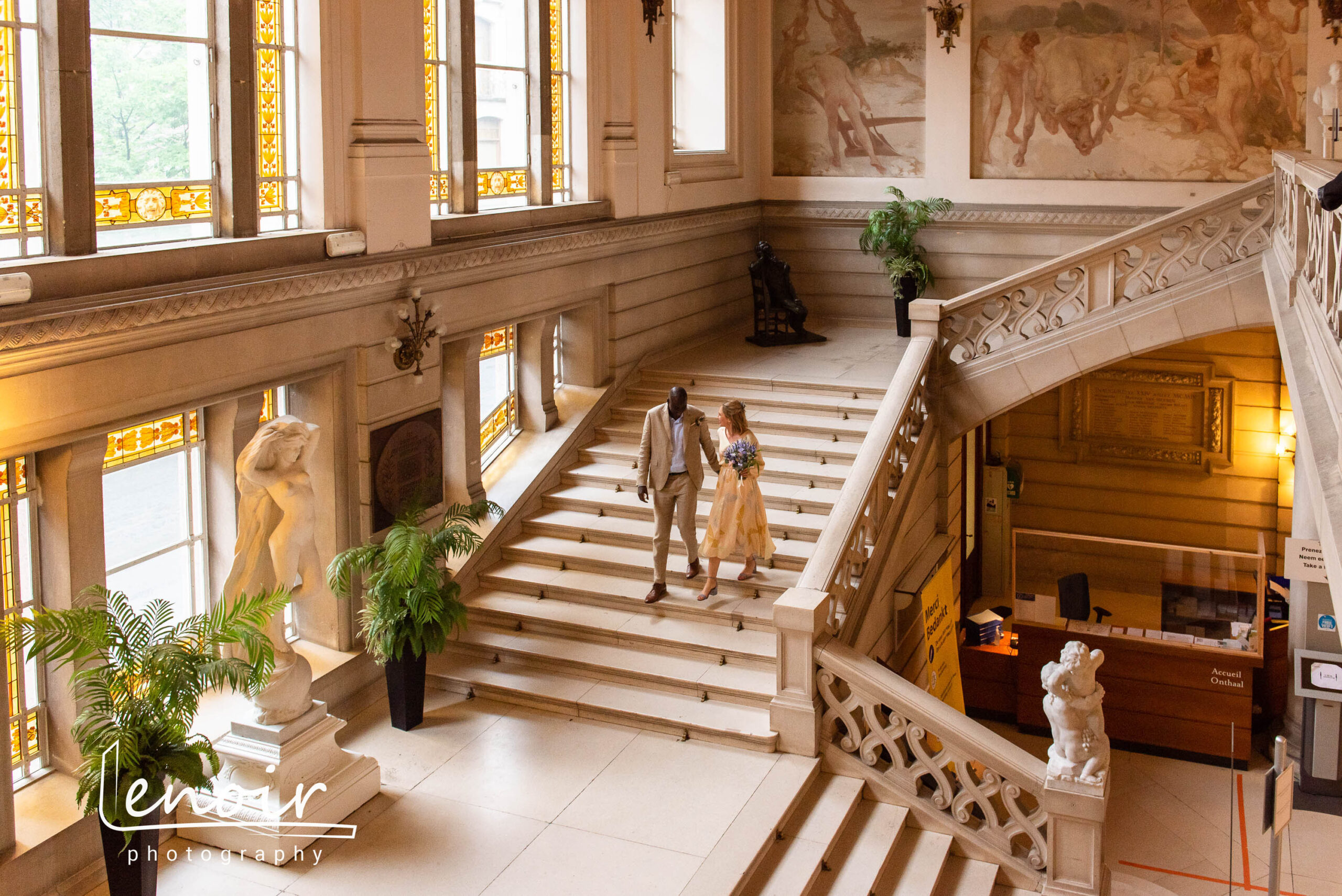 Some fun facts about the Saint-Gilles townhall

There’s no doubt your future wife/husband is much more exciting to look at on your wedding day, but try to take a moment to appreciate the grandeur of this building. The stairs lead up to 4 allegorical statues representing Labour, Education, Justice & Law. Higher up, another 6 statues refer to the responsibilites of the commune: Solidarity, Public Health, Public Safety, Finances, Charity & Mutual Assistance. Perched on top sits an Eagle, symbol of strength.

Inside there’s even more to take in: there are so many fresques, paintings and sculptures that you’d forget you’re in a city hall and not in a museum.

We’ll limit ourselves to sharing a thing or two about the wedding hall. Its most impressive feature is the symbolical ceiling with 15 paintings. The walls are covered with unique silk tapestries representing the different stages of life and 4 large paintings of Emile Fabry that represent the Four Seasons.

Fun Fact: Did you notice the naked sculpture outside in front of the city hall? Meet the Goddess of Bocq, made by Jef Lambeaux. The statue was meant to be part of a fountain, but the architect refused that idea. Since the statue had been created anyways, they placed it in front of the main entrance. When it caused a scandal, they removed it again and kept it in the basement of a nearby school. Turns out it hadn’t been neglected so much over the years: her right breast had become all shiny from many tender caresses, so they had to make her breast matte again.

Where to make your wedding photos?

The stairs in front of the city hall are a good place to start.

If you’re looking for a green setting, you may want to go to Parc de Forest or Parc Duden.